Diagnose and solve your connection issues within a few minutes by using the OEC Fiber Support App.
Learn more 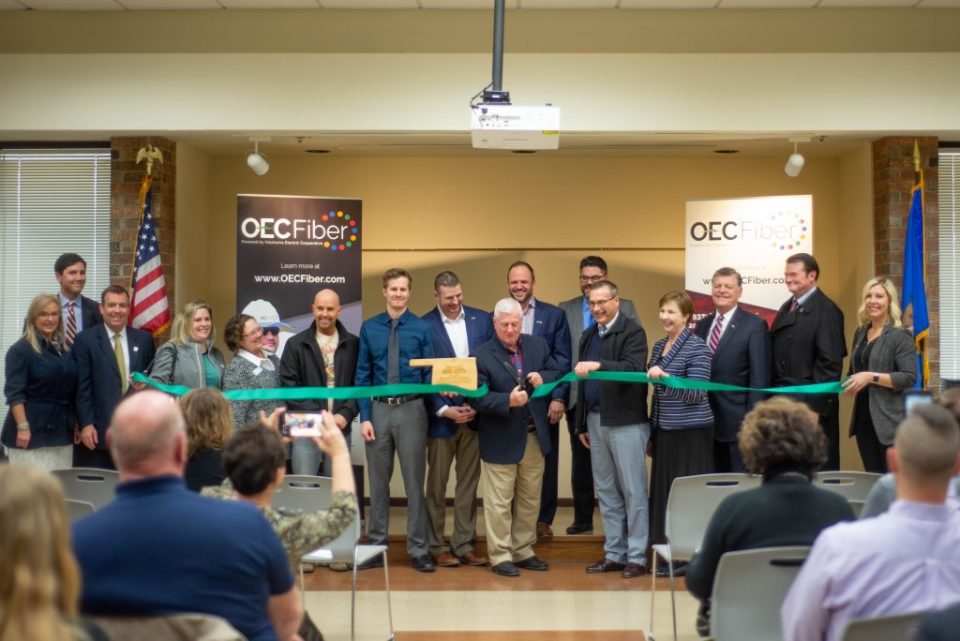 “I know a lot of people talk and advertise they’re a gig city, but Noble truly is a gig city where every single person and business has access to gigabit service; which is phenomenal and we are very proud to be a part of that.”

OEC’s Board of Directors launched OEC Fiber in response to a comprehensive member survey stating that many of OEC’s members were chronically unserved and underserved. The availability of OEC Fiber brings gigabit speeds to every Noble resident and business. These speeds allow gigabit subscribers to upload 100 pictures in 3 seconds, download 25 songs in 1 second, and download an entire HD movie in 40 seconds. This broadband access means more than movies, it marks an essential step in economic growth. High-speed internet is essential and many rural communities lack access to affordable and reliable high-speed internet. Bringing gigabit speeds to communities throughout OEC’s service territory ensures all residents have access to the best internet and fastest speeds in the nation.

“We are investing in the communities we serve and making a commitment to bring affordable and reliable high-speed internet to all residents, not just certain neighborhoods.” 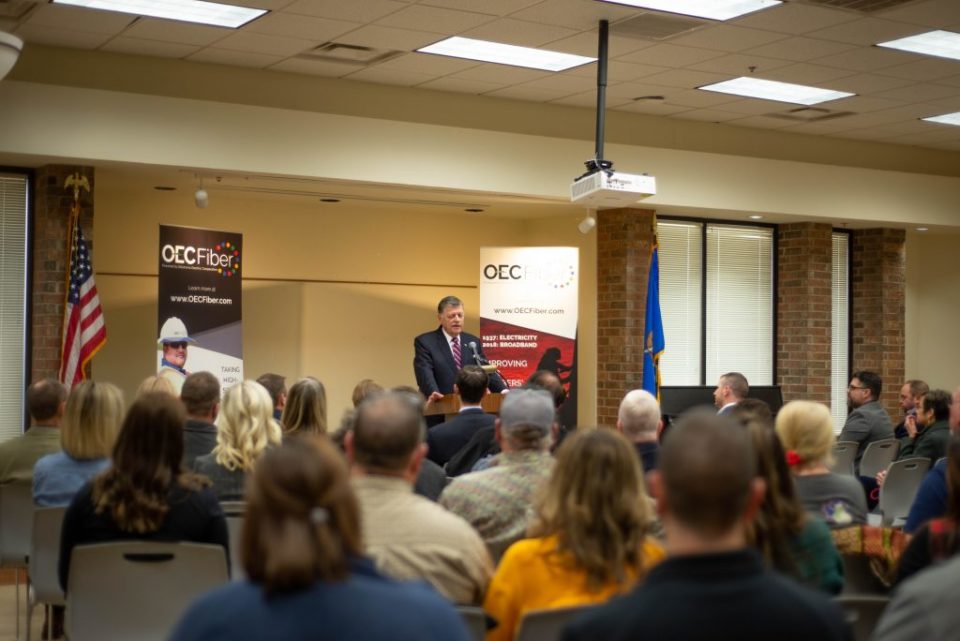 In his remarks, Congressman Tom Cole underscored the essence of rural broadband. “You have to have this capability [broadband] if you are going to educate kids, if you’re going to be able to conduct commerce, if you’re going to provide opportunities to be able to sell products and buy products.” He closed by adding his appreciation for the project by saying, “I’m really proud of what our state is doing.”

Noble is the first full community to be certified as an OEC Fiber Gig City. This investment marks a robust effort on the part of OEC to reach all members as quickly as possible. Increased access to high-speed internet means that children can do their homework at home, that businesses can prosper, that families have access to telemedicine, and that economic community development is uncapped.

OEC Fiber, the rural high-speed internet company has been turning the industry on its head since its aggressive launch onto the scene just one year ago. The company has also intentionally partnered with other local Oklahoma companies like Trans-Tel.

“Trans-Tel is proud to partner with another local company as we build this nationally recognized project together.” 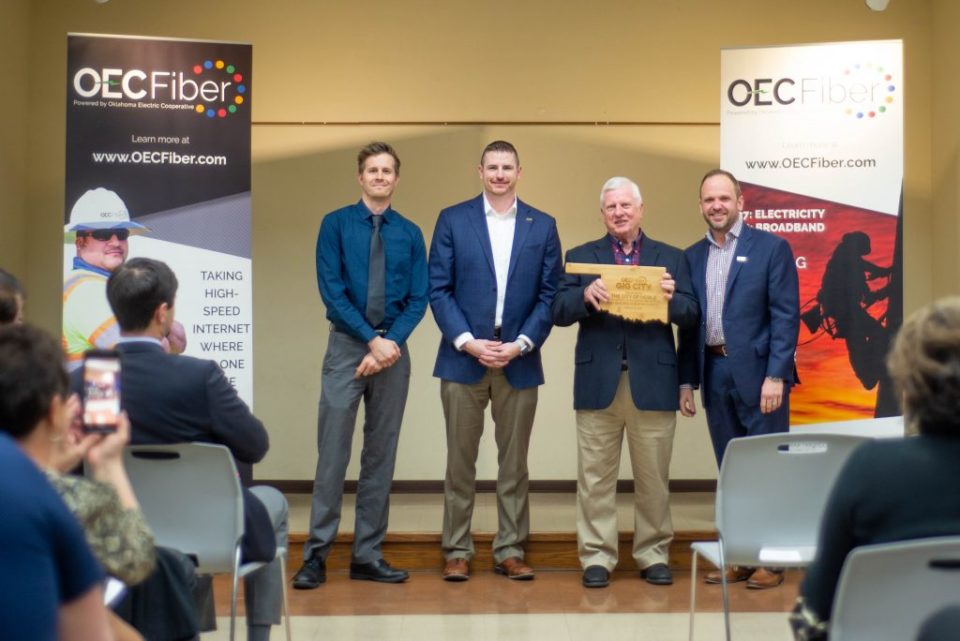